How To Intercept Text Messages With SMS Tracking Apps 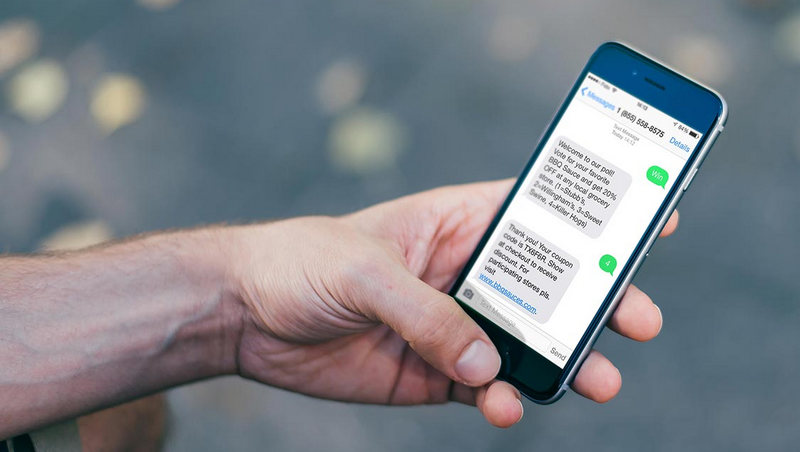 If you need to intercept someone’s message, you need SMS tracking apps. They all are different, and your choice depends on what you need: only spy on SMS messages or watch for messengers and social apps. Probably, the best choice will be uMobix: it is a balanced SMS tracking app with a vast number of other features while remaining inexpensive. Several other spying apps are also presented here.

So, you want to choose uMobix. Let’s explore the app’s features shortly to ensure that it can really solve your issues that require spying. Check also the uMobix rating on Trustpilot to see that its clients recommend the app.

Some features require rooting or jailbreaking: those are processes to obtain complete control over the operating system, rooting in Android and jailbreaking in iOS. Still, most of them don’t require them. uMobix is much more than simply an SMS tracking app, as you can see.

uMobix provides a tool for call tracking: you’ll be able to see the list of calls made from the target device. Open the Calls tab in the menu, and you are here!

This SMS tracking app allows you to intercept not only SMS messages but various social apps too. You can access SMS messages from the Messages tab. All other apps you’ll find under that, in the “Social” division.

Here, you’ll see the list of messages, with the contact names, dates, phone numbers, and other related information. On Android phones, you can see deleted messages. You can also check whether your target is online or not via the dashboard.

You’ll see the location of your target in a corresponding tab of your dashboard, along with the location history. The app provides a unique geofinder to find the target phone using only its phone number.

You can see the browser history, bookmarks, and the most visited websites from your dashboard.

The app provides access to the device’s mic and camera. It allows you to use them from your dashboard as you want: to create snapshots and photos, record videos, and make sound recordings. You can also watch and listen to the target’s surroundings in real-time.

This is an example of how the video stream works from your target device’s main camera. You can see the recordings in the dashboard.
All those features are available in your dashboard, in the corresponding tabs.

This SMS tracking app grants you full access to the phone. The list of installed applications will be available to you, and you’ll be able to manipulate it, watching the time each application is used, restricting or even deleting them. You can also block calls if you see suspicious contacts in the contact list and also block suspicious websites and Wi-Fi network access. All videos and other media on the device will be easily accessible too.

The SMS tracking app is easy to install, but installation processes differ slightly depending on the operating systems.

To install it on Android, we recommend watching this video first.

After purchasing, app developers will send you the link, looking like app4.space/(a string of numbers). It is the download link: you’ll find the uMobix app there.

Take it, unlock it, and check the two things. First, open the Google Play Protect in the Google settings, and make sure it is turned off. Second, find the app settings and turn on “Allowing installation from unknown sources” or similar to it, such as described, for example, here.

The will be a confirmation that your app is successfully installed, open the browser, type the link, download, and install. The installation will be quick and automatic. After installation, you should set up the app, remove the downloaded .apk file, and make sure that the app is hidden. That’s all!

How to use uMobix cell phone tracker on iOS devices

Again, watch the video first. Consider that you need to know the Apple ID of the device.

You will install uMobix on the iPhone remotely, but you need to check two things too… despite being different from Android installation. You should ensure that 2-factor authentication is turned off and that iCloud sync is turned on. Without them, the app won’t be installed. 2-factor authentication is part of Apple security: if it is turned on, it won’t let the app to the iPhone; so, you need to disable it. iCloud sync should be enabled because the app will be installed via it.

To start, sign in to your account and choose the iOS installation. provide the Apple ID and password, and after that, select the device you need to monitor. You should have physical access to your target iPhone because you’ll obtain a code on it. You need to type it to initiate the installation. After that, the installation will start automatically; the app will be hidden, and no further contacts with the target device are required.

The first sync with your dashboard can take up to 24 hours. After that, the dashboard will be refreshed quickly, with a delay of no more than 5 minutes.

Why is uMobix the number one text message interceptor?

Let’s consider several reasons for that:

You can access the uMobix dashboard from any device with internet access and is very intuitive and easy to use.

How to intercept SMS using uMobix

As you can see, it is effortless to intercept messages in this SMS tracking app. Just use your dashboard: find the necessary point in the menu, and you’ll see the messages!

If you search for alternative SMS tracking apps, consider SpyBubble. You’ll find the basic feature set, which costs $24/95 per month, or $49.95 per month if you need to track several devices.

The dashboard of this SMS tracking app; a screenshot is taken from the official site. Note that the app was already available in 2013

Its range of features is not as exciting as the one of uMobix, but it will be helpful if you need only a basic spying feature set.

You need to open your dashboard and find the corresponding “SMS” tab. You’ll see the list of messages, along with phone numbers and contact names, if the contacts are named.

SpyBubble records calls in a similar manner, with phone numbers, contact names and other relevant information about the calls.

SpyBubble will record the data from the target phone’s GPS and send it to your dashboard. You’ll be able to accept them there.

You’ll be able to see messages from popular social apps.

The app will show you the browser history and bookmarks, enabling you to monitor the websites and Internet usage.

Another alternative is FlexiSPY: a powerful cross-platform app, available not only for smartphones but for PCs too. However, it is expensive: prices for smartphones are from $149 to $349 per year, depending on the features available. The price for computers is $149/year.

Another alternative is FlexiSPY: a powerful cross-platform app, available not only for smartphones but for PCs too. However, it is expensive: prices for smartphones are from $149 to $349 per year, depending on the features available. The price for computers is $149/year.

Control features are available to perform necessary actions with the target device. You’ll see the list of installed apps and can monitor their activity. You can influence it directly: deactivate apps, change them, delete them. All media on the device are also accessible. Also, you’ll see the status of the phone’s battery.

You’ll be able to see the messages sent and received from the target phone, with contact names, phone numbers, and other relevant information. In addition, you’ll see the messages from popular social messengers and social networks. Note that some features require rooting or jailbreaking.

In its full version, you can listen to the calls in real-time using FlexiSPY, record them and download them after that.

GPS tracker is included in FlexiSPY too. It will show you the location of the target, as well as its location log. You’ll be able to monitor its movements in real-time.

In addition, the app provides a geofencing option. It allows you to select some zone on the map as “dangerous,” and you’ll be notified each time your target reaches this zone. In that way, you can monitor the movements of your target.

FlexiSPY provides full access to the browser: from history to bookmarks. However, those options require rooting. You can monitor Wi-Fi networks too.

FlexiSpy provides direct access to the device’s mic and camera. You can use it to see and listen directly to what’s going on around the device.

It has a unique function called Ambient Recording, enabling you to record the phone’s surroundings via its microphone and access recordings in your dashboard. The app also can make photos and record videos via the target device’s camera.

Q: Which SMS tracking app is the best?

A: We call uMobix the best SMS intercepting app because it is well balanced in price while having many useful features. Among two other examples, FlexiSPY has more features but is much more expensive; SpyBubble is slightly cheaper but much less functional.

Q: How to avoid me to be tracked?

A: Check your device for direct and indirect signs. First are unusual files and notifications and changes in your device. Second is unusual network activity, device overheating, battery drainage. About how to detect and remove it, you can read, for example, here.

Q: Is it legal to track SMSs?

A: Only if you either have consent from the target or if you own the phone used by the target. In other cases, it is considered a violation of the privacy law.

Q: Are rooting/jailbreaking legal and safe for the device?

A: They are absolutely legal. As for safety, it is controversial: they do not harm the device directly but create the situation when you can accidentally damage the device’s operating system by yourself.

Q: Can I intercept messages without installing software?

A: No, you need to install the spyware on the target phone; without that, you won’t be able to intercept the information from the phone, except directly accessing it.